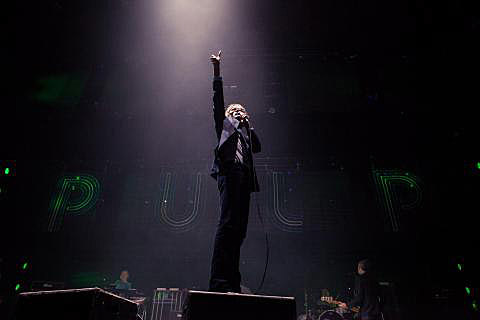 Will 2014 be the the most Classic Britpop SXSW ever? Probably not -- 1995 or 1996 editions likely win there -- but many of that era's leading lights will be in Austin in a couple weeks.

The documentary Pulp, about the Sheffield band of the same name, will make its U.S. debut at SXSW with two screenings: the Vimeo Theater on Sunday, March 9 (7 PM), and then the Stateside Theatre on Wednesday, March 12 (7 PM). The film is directed by Florian Habicht and was made with the band. Will Jarvis be in attendence? Quite possibly, as earlier in the day on 3/12, Pulp frontman Jarvis Cocker will be speaking at the Convention Center (room 18ABC) where he'll present a talk called "Extra Ordinary" which is "an illustrated selection of his lyrics detailing his development as a songwriter and provides useful tips for aspiring songsmiths." That's open to music badges.

The night before that (3/12) Jarvis and Pulp bassist Steve Mackey will bring their "Desperate Sound System" DJ night to the Hype Hotel. While the focus is on spinning records, Jarvis is apparently chatty on the mic as well. They'll be on around 9 PM. RSVP for the whole week of Hype Hotel excitement. 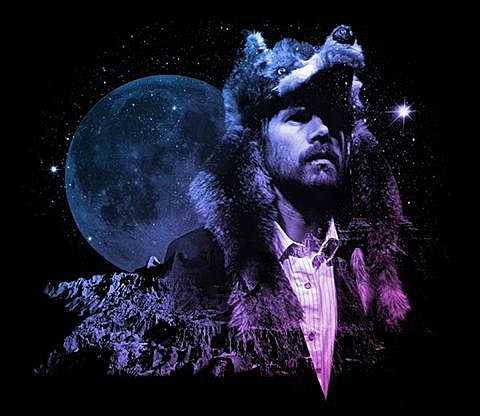 Keeping with the film tie-in, Super Furry Animals frontman Gruff Rhys will be premiering American Interior at SXSW as well. American Interior is not just a film, it's also an album, book and mobile app. The film, directed by frequent collaborator Dylan Goch, follows the singer's "investigative concert tour of the American Interior, retracing the steps, and looking for the grave of a relative called John Evans." Also: puppets! You can watch a trailer for the film below. American Interior screens at the Alamo Ritz 1 on Tuesday (3/11, 2PM), the Stateside Theatre on Wednesday (3/12, 2 PM), and Friday, and Alamo Ritz 2 on Friday (3/15, 4:15PM). Gruff will be in attendance at the screenings. There is also a panel discussion titled "American Interior: 1 Story, 4 Formats: 3 Speakers" which happens in the Convention Center's Austin Suite on Monday, March 10 (2PM) and that's open to film, music and interactive badges, plus artist wristbands.

Rhys also be playing shows for the music portion of SXSW, including the Turnstile Records showcase with Cate Le Bon and more which happens at St David's Historic Sanctuary on Thursday (3/14) and Gruff's on at 11 PM. 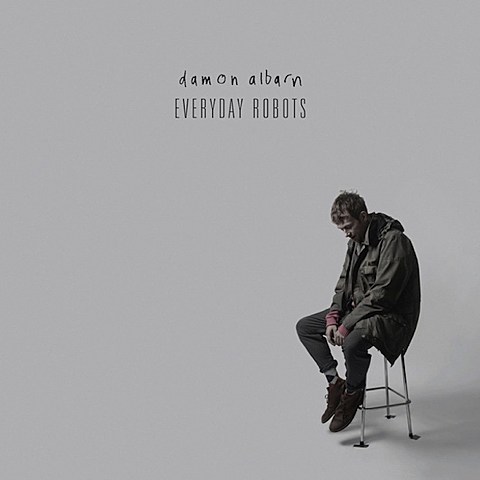 And last but absolutely not least Damon Albarn (Blur, Gorillaz, etc) whose solo debut, Everyday Robots, will be out April 29, will be headlining the NPR official showcase on Wednesday (3/12, 12:30AM) at Stubb's that also features St. Vincent, Kelis, Eagulls, and Perfect Pussy. That will definitely be one of the harder showcases to get in this week -- it's also the same time as the official BrooklynVegan showcase at Red 7 -- but you can stream it online.