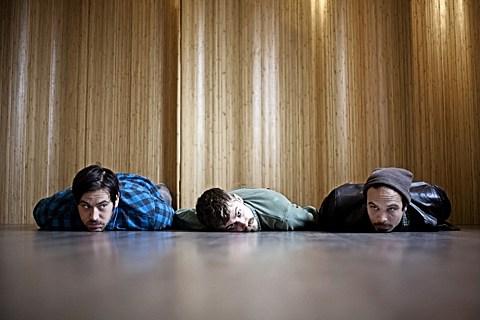 This sucks! Full note from the band's label, full list of gear (and tour dates) included, below...

Austin, TX psyche rockers Boyfrndz were the victims of a robbery this morning in San Francisco. The group's van, cargo trailer, & all their gear were stolen sometime between 1 and 7am PST. It was parked at 1501 Grove st. The band will be accepting ANY donations at www.boyfrndz.com to help us recover some of their great loss so they can get back on the road and continue their tour. Anyone who donates $5 or more will be sent a complimentary download of their forthcoming album Breeder via email. Info on the stolen gear is below if anyone has any information on the theft please contact boyfrndzmusik@gmail.com

The band is currently out on a month long North American Tour in support of Breeder that started with multiple performances at SXSW and will hit both coasts plus Canada before wrapping up in Oklahoma City on April 20th. A full list of dates including info on their April 26th record release show is available below.

BOYFRNDZ formed in 2011 and have released one prior full-length and a series of EPs that quickly garnered them attention from both fans and critics. The new record comes on the heels of their excellent Natures EP, which was produced by Ikey Owens (THE JACK WHITE BAND, THE MARS VOLTA) and released this past Spring. The video for the track 'Moving Parts' from that album can be seen HERE.