Bombay Bicycle Club at Stubbs in 2012 (more by Tim Griffin) 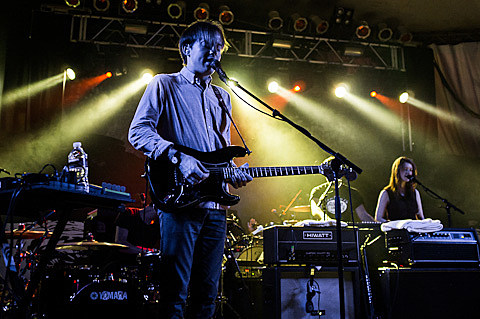 Bombay Bicycle Club are set to release their latest effort, So Long, See You Tomorrow on February 4 via Vagrant. You can stream three tracks that have been released from it, "Carry Me," "It's Alright Now," and "Luna" at the bottom of the post. They've announced a North American tour with Royal Canoe. That tour hits Dallas on May 17 at Granada Theater, Austin on May 18 at Emo's East, and Houston on May 19 at Fitzgerald's. Tickets for Dallas, Austin, and Houston are on sale now.

Full tour information and more at BrooklynVegan. Track streams below...