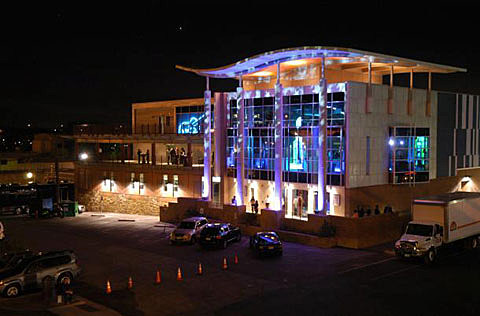 Authorities are trying to identify a body found in downtown Austin Saturday morning.
Police say the body was discovered floating in Shoal Creek near Third and Nueces streets. They say it appears to be a man in his early 20s. YNN received word from someone near Austin Music Hall that people saw the body in the creek.

A trail behind the Austin Music Hall was closed because of the investigation, which detoured some people headed for the Austin City Limits Festival.

Our condolences in advance to the friends and family of the unidentified man.

Bassnectar played there Friday night (the body was found Saturday morning). Saturday night's show at Austin Music Hall was by the Weeknd who was supposed to play ACL today too, but cancelled. No shows are scheduled to happen there again until Justice on 10/30.