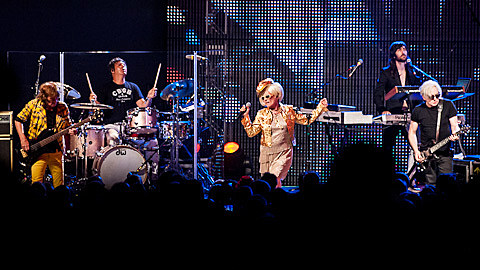 Blondie are planning to release a new album at some point this year, and they'll also be going on a tour with LA punk rock pioneers X. That tour hits Austin on September 26 at Stubb's Waller Creek Amphitheater, Houston on September 27 at Warehouse Live, and Dallas on September 28 at The Texas State Fair.

Tickets for the Austin and Houston shows are on sale now. Texas State Fair tickets go on sale August 1. All tickets purchased for this tour include a download of five exclusive tracks from the upcoming Blondie LP.

Full tour information and more at BrooklynVegan. Some videos below...