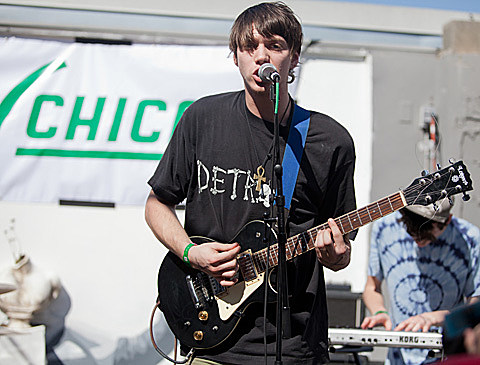 Previously self-released Twin Peaks got their debut album, Sunken, officially put out by Autumn Tone earlier this month. You can stream the whole thing over at The Hype Machine.

The Chicago natives will be heading out on a fall tour soon that will include shows in Dallas on September 18 at Three Links, in Austin on September 19 at Mohawk, and in Houston on September 20 at Fitzgeralds. They'll be playing all three shows with Philly shoegazers Bleeding Rainbow, who are expected to drop a new album soon. Ticket for Austin, and Houston are on sale now.

Full tour information and more at BrooklynVegan. Watch a live performance below...