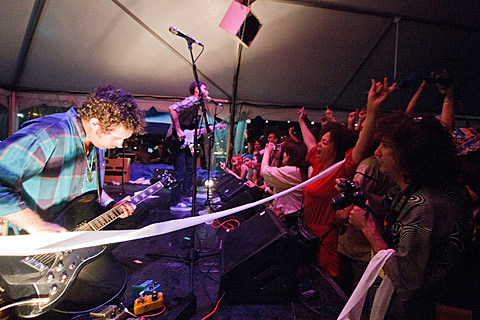 Atlanta troublemakers Black Lips were one of the many bands named in SXSW 2013's third round of artists announcement. While we don't have any more specifics than that, the band will tour West after the fest and all tour dates are listed below.

Meanwhile, the folks at NOISEY just posted a short-form documentary about Black Lips recent trip to the Middle East and you can watch that below. Filmmaker Bill Cody is working on a full-length documentary about the band in Egypt and is currently seeking funding via Indiegogo. A trailer for that is below as well.

You Know, For Kids - featuring The Black Lips