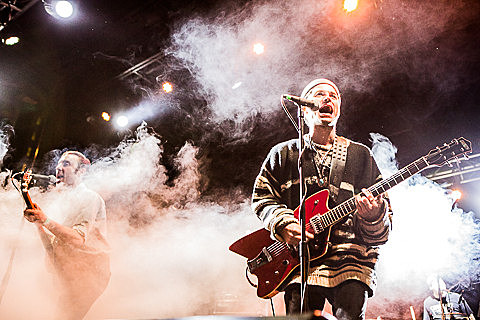 The Black Lips do not seem to be slowing down anytime soon. They recently hit Austin for Psych Fest while on tour in support of their new album Underneath the Rainbow via Vice Records. The band has recently announced another North American tour with support from King Kahn & BBQ Show. The tour will be making three stops in Texas; September 11 in Houston at Fitzgeralds (tickets), September 12 in Austin at Ghost Town (tickets) and September 13 in Dallas at Granada Theatre (tickets). The tour ends in their hometown of Atlanta, Georgia on October 4 but the Black Lips will be back in Austin on November 8 for Fun Fun Fun Fest.

Head to BrooklynVegan for a full list of Black Lips dates. Check out their video for "Boys in the Wood" below...

Black Lips- 'Boys in the Wood'