The Black Keys in NYC in January (more by Chad Kamenshine) 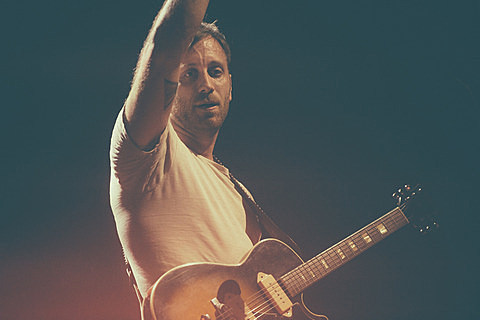 Blues rock duo The Black Keys recently announced a tour of the US and Canada that brings them to Texas for shows in Houston on November 15 at Toyota Center, Dallas on November 16 at American Airlines Center, and about a month later Austin on December 19 at The Frank Erwin Center. The Houston/Dallas shows are with Jake Bugg, and very excitingly the Austin show is with St. Vincent, who will also be in Austin for ACL.

The Black Keys will also appear on SNL this Saturday (5/10). Full tour schedule and more at BrooklynVegan. Listen to a song from Turn Blue with the tour announcement video, below...