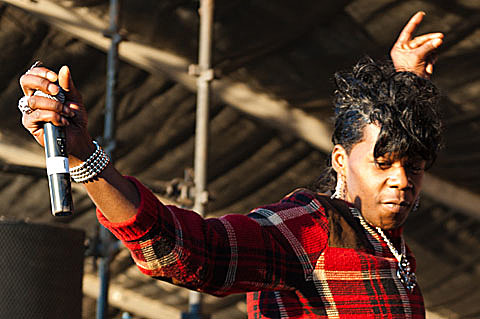 New Orleans bounce artist Big Freedia is doing a short run of shows in Texas to ring in the new year. The shows kick off tonight in Houston at Fitzgerald's (12/28) with Trooth, A Sea Es, and Disco Daddies, and she'll play an actual New Year's eve show in Dallas at Club Dada with Ynfynyt Scroll, yeah def, and Ocelot. And in between those two shows, she'll also hit Austin on Saturday (12/29) at Mohawk with White Walls and Ulovei. Tickets for the Mohawk show are on sale now.

A list of all Big Freedia dates and a video below...

Big Freedia - "Y'all Get Back Now"