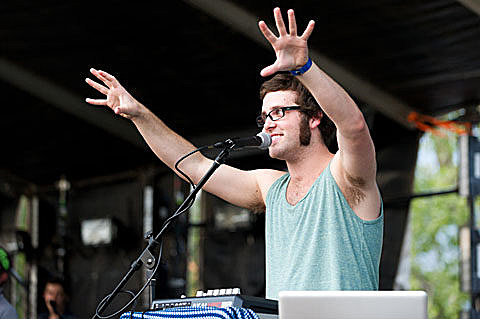 Baths (aka LA producer Will Wiesenfield) is hitting the road on a North American tour this spring. Joining him will be Anticon labelmates Young Fathers, who are releasing their debut LP Dead on February 4. You can stream two tracks from the effort at the bottom of the post.

The tour hits El Paso on April 14 at The Lowbrow Palace, Dallas on April 16 at Club Dada, Austin on April 17 at Mohawk, and Houston on April 18 at Fitzgerald's. Tickets for El Paso, Dallas, Austin, and Houston are available now.

Full tour information and more at BrooklynVegan. Track streams below...

Young Fathers - "Get Up"