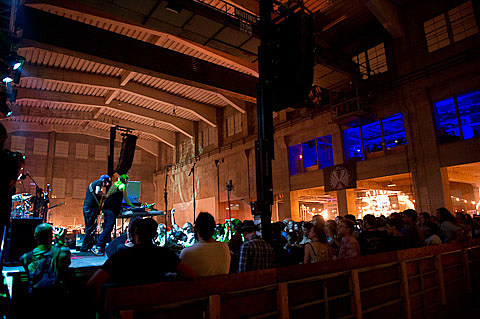 Austin Psych Fest, which happened at Seaholm Power Plant in April 2011, is going down from April 27-29 in 2012 at a venue TBA. According to APF's site:

No one is more excited and anxious about the release of this information than we are, but we're just not able to yet. Sign up for our newsletter to be the first to know the good news when it's released.

Tickets will be available soon after the lineup and venue are announced.

Check out a video that Vice recently released from their stop at Austin Psych Fest last year below...