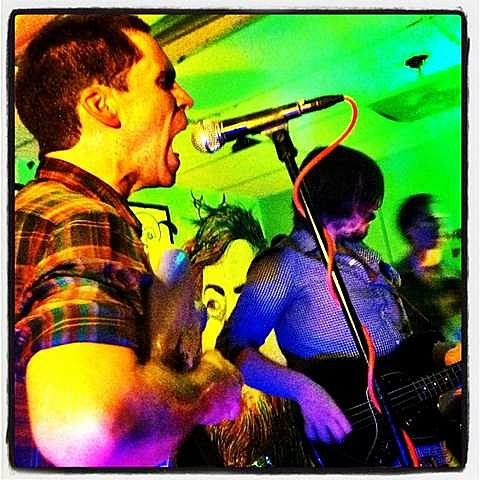 Texas ex-pats Parquet Courts (featuring members of Fergus & Geronimo, Wax Museums, and Keepsies) call Brooklyn their home now but are currently on tour supporting their genuinely awesome debut album, Light Up Gold, which came out last summer on the band's own Dull Tools label but is being reissued by What's Your Rupture on January 15. You can stream it below.

Parquet Courts tour is currently in Texas, playing Beerland tonight (1/2) with Sweet Talk and Endless Thoughts. It's part of Free Week so use what you would've payed to get in to buy the album. On Thursday (1/3) the band play co-frontman Austin Brown's hometown of Beaumont at Victoria House.

Meanwhile, both Brown and Andrew Savage (ex-Fergus) contributed end-of-year lists to Pitchfork. Savage's includes Field II, the most recent from Denton punks Wiccans (which Savage used to be in). Austin resident and Matador Records chief Gerard Cosloy also put that album on his Best of 2012 list and you can stream it in its entirety below too.