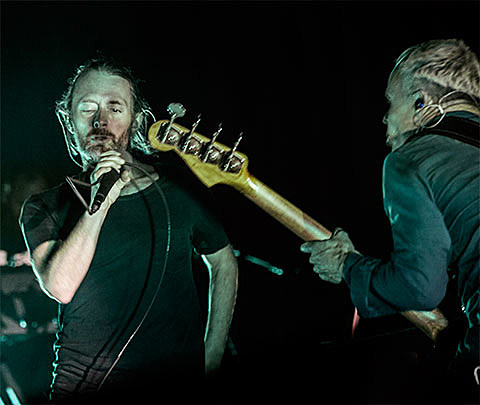 When the final day of the two-weekend 2013 ACL Music Festival got rained out -- a foot of it (!) between Saturday night and Sunday morning -- many of the bands still wanted to play so event organizers and venues scrambled to fit in as many as possible Sunday night (10/13). Atoms for Peace ended up at ACL Live's Moody Theater where they played a nearly two-hour set that included a lot from both Thom Yorke's Eraser and Atoms for Peace's album from this year, AMOK, as well as "Rabbit in the Headlights" (Yorke's contribution to the UNKLE album) and Radiohead b-side "Paperbag Writer." Setlist is in this post. The show also was webcast live, and you can watch an archived version of that below (concert starts around the :41 minute mark).

You can check out ACL Weekend Two's not-rained-out day 1 here and here, and day 2 here. You can also check out pics from the much drier ACL Weekend 1 here. More pictures from Atoms for Peace at ACL Live are below. 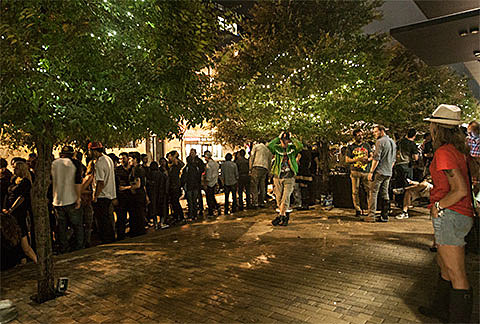 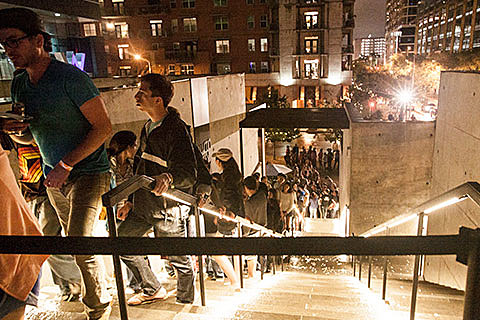 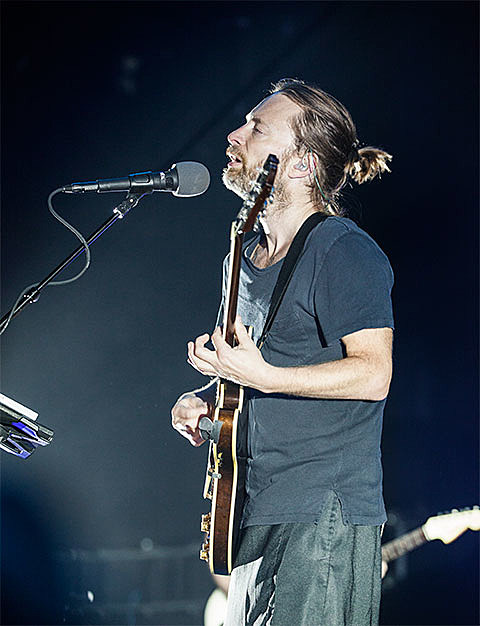 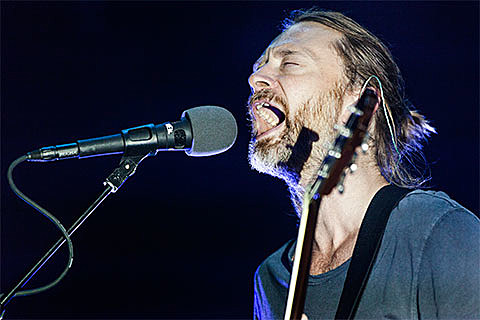 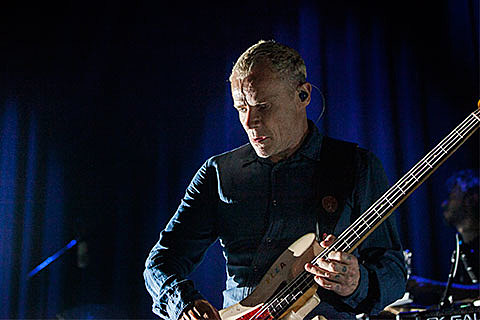 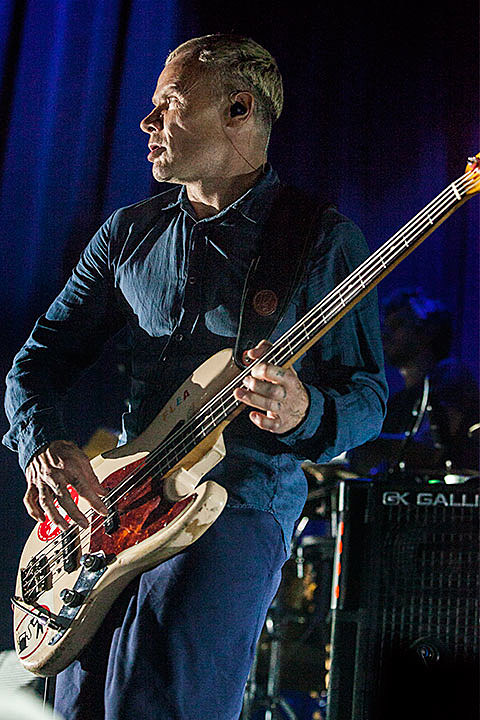 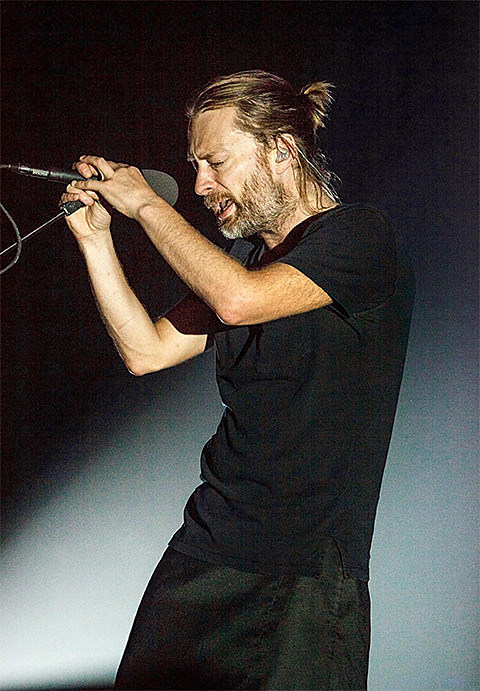 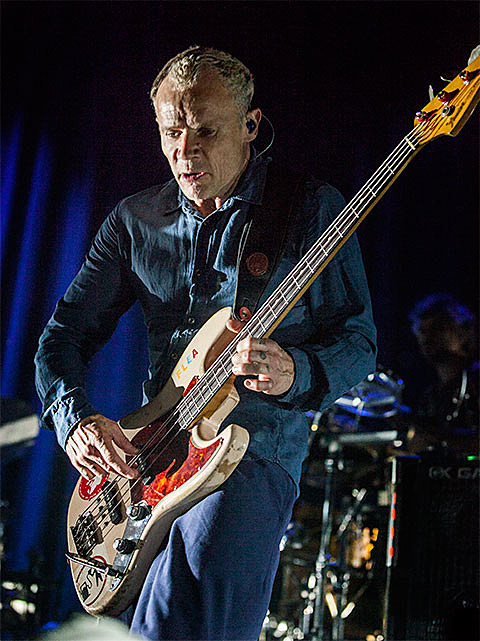 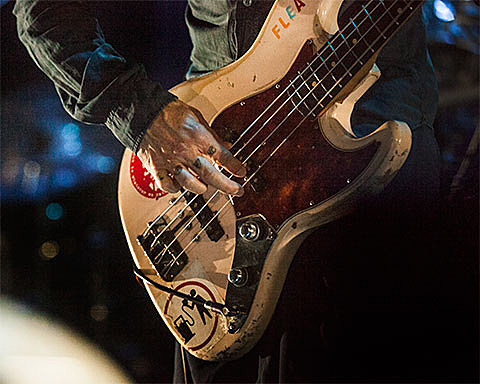 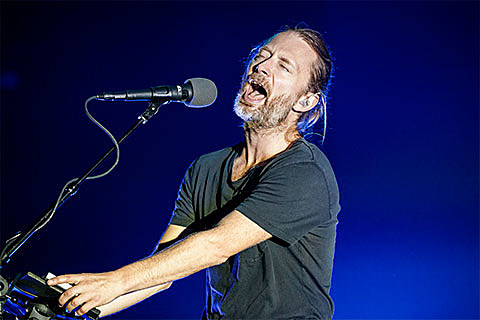 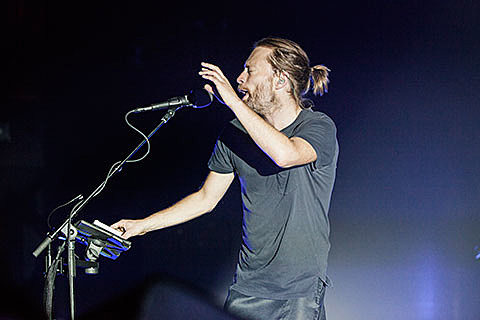 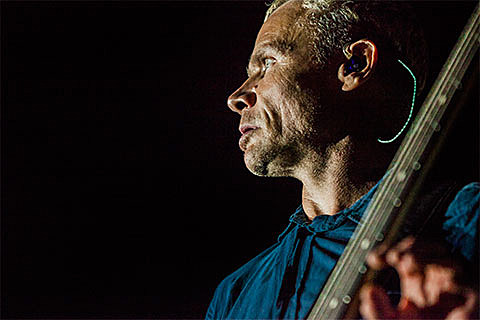 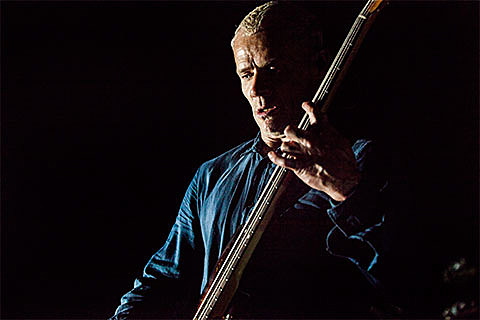 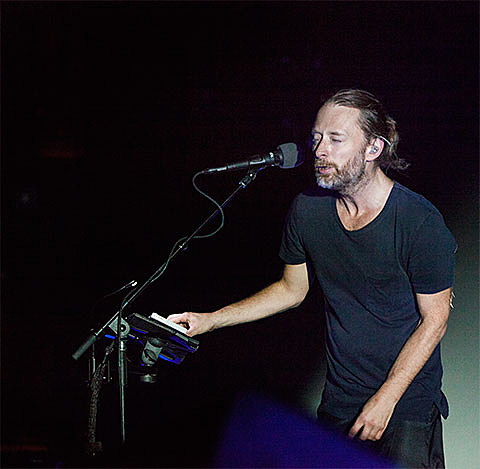 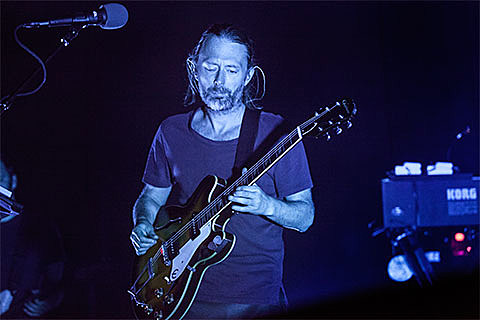 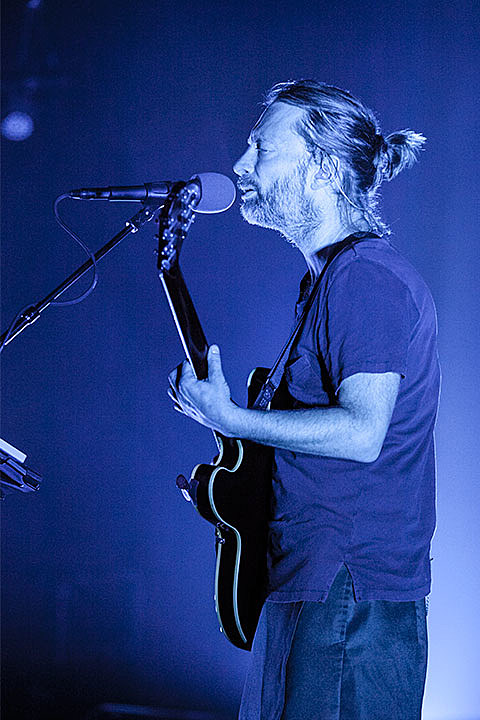 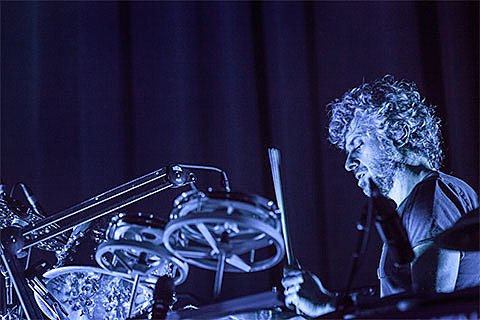 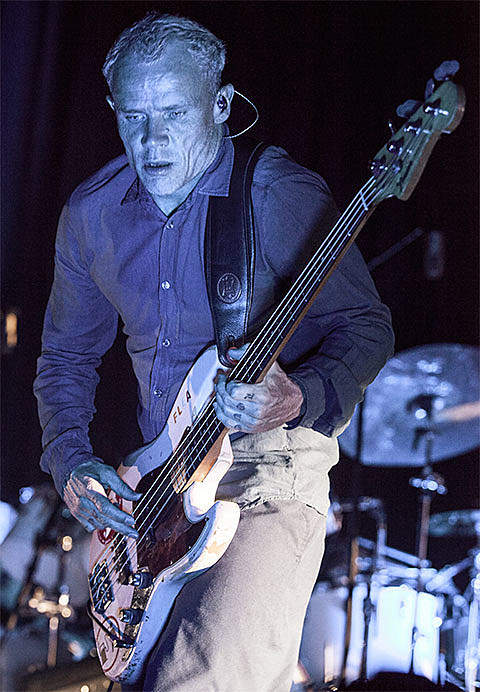 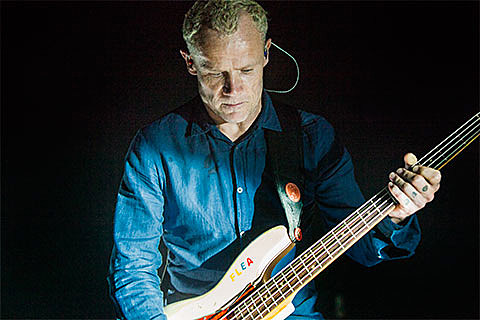 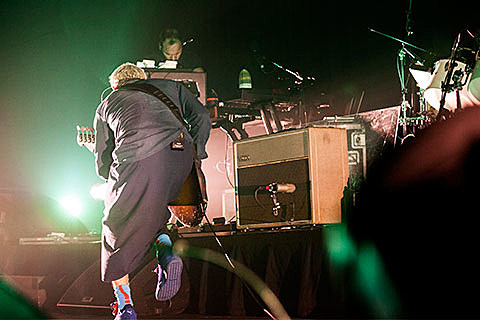 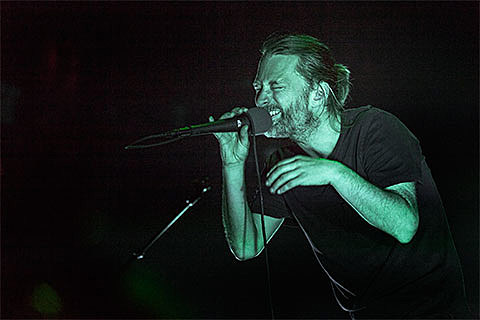 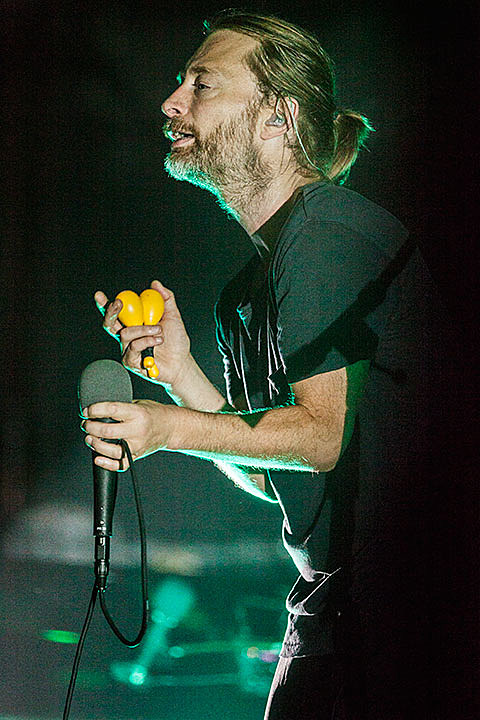 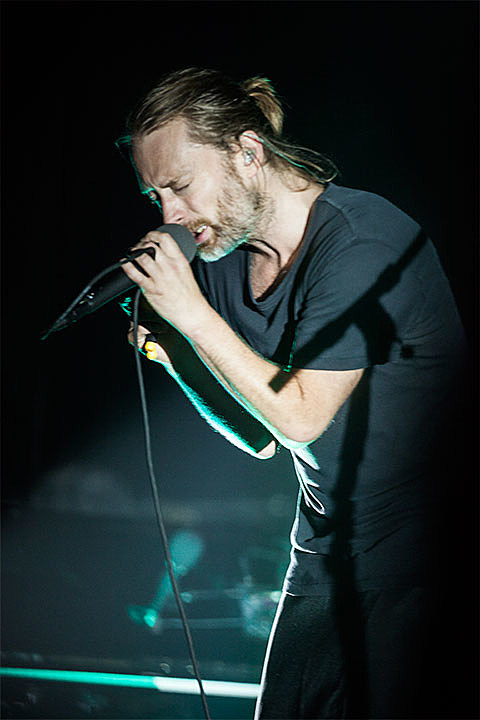 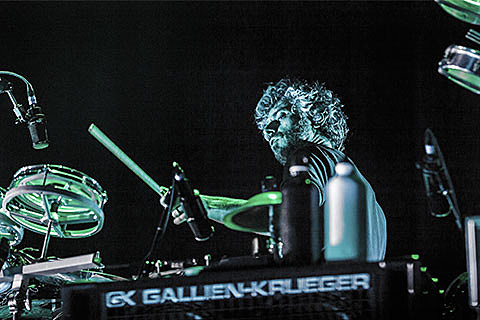 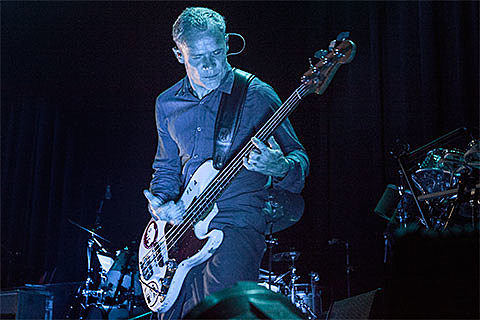 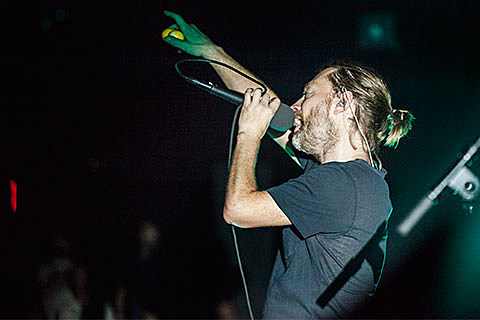 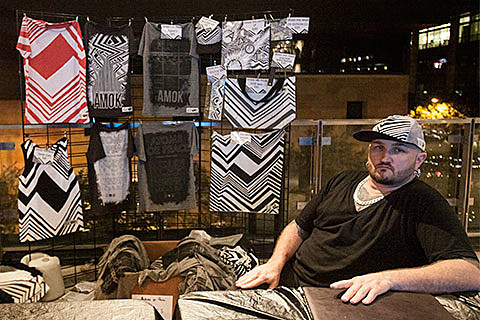 SETLIST: Atoms For Peace @ The Moody Theater - 10/13/2013
Before Your Very Eyes...
Default
The Clock
Ingenue
Unless
And It Rained All Night
Harrowdown Hill
Dropped
Cymbal Rush