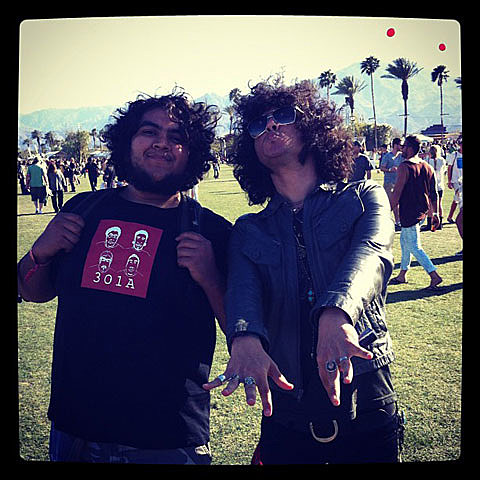 At the Drive-In setlist from Capri in Marfa, TX (via Kindform) 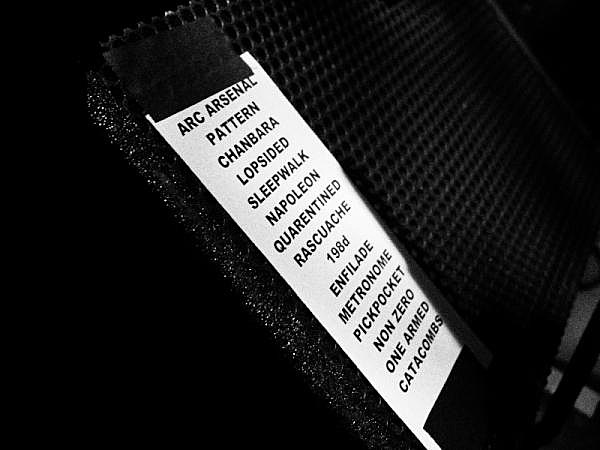 After reunion shows in Austin and Dallas, At The Drive-In kept the Coachella warm up going with shows in Marfa (setlist pictured above) and at Tricky Falls in El Paso on Friday. El Paso Times says:

The 1,200-member crowd was packed in so tightly on the floor (the balcony was off-limits to all but friends and family) that it was hard to see well or fully enjoy what was going down on stage.
The sound mix, at least from my spot on the floor behind the sound board, tended to be bottom-heavy and muffled at times, making it hard occasionally to understand what Bixler Zavala said and difficult to distinguish Rodriguez Lopez's loopy guitar squiggles.

Speaking of Rodriguez, he did seem, as others have said, disengaged. The lefty guitarist wasn't the commanding presence he is with TMV (then again, Ward's been a frontman for the last 10 years). Instead, he quietly lurked around his third of the stage while the others seemed to interact more.
He didn't seem to really get into it until the last third of the set. I didn't see him smile until the set was almost over. Then again, I didn't see too many smiles up there. They were too focused. Bixler Zavala has suggested on Twitter that the guitarist is dealing with the death of his mother last month. If you've ever lost a parent you love, you can empathize.

While it was distracting and made you wonder at times, it didn't detract from what was going on onstage. As the sound mix improved, Rodriguez Lopez's sinewy guitar figures emerged on moodier songs, like "Quarantined" and "198d," which point to the direction he and Bixler Zavala would take with the more experimental TMV.
The performance itself, which the band recorded, sounded like a grizzly emerging from a long hibernation. ATDI isn't fully awake just yet, but you could hear the band shaking off the slumber as the set progressed.

You can view the El Paso setlist below. You can watch At The Drive-In live from Coachella on YouTube TONIGHT (4/15, 9:10PM PT).