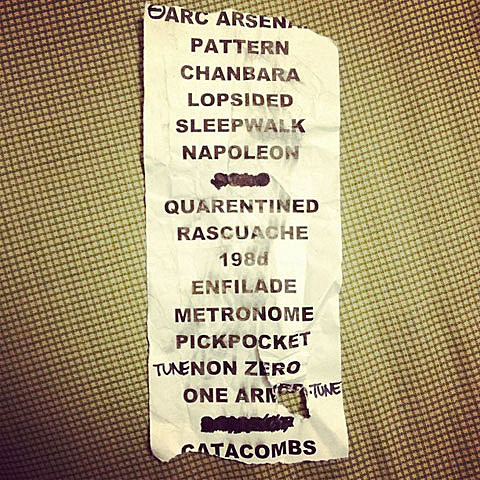 A quick comparison between the above picture (of At The Drive-In's Dallas setlist), and what they played in Austin, reveals that the setlists were the same. I wonder if they'll mix it up at all in Marfa, or at Coachella, or at Lollapalooza (which just announced its 2012 lineup in full).

Check out a few videos from last night's Dallas show, below...