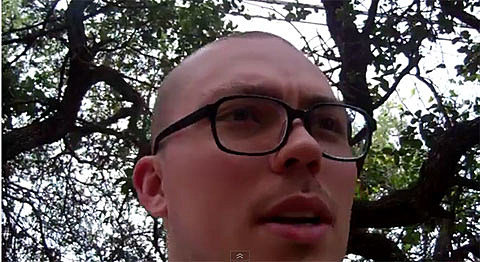 I have to admit I was excited when I saw Anthony Fantano of the Needle Drop in the audience of our Daniel Johnston show on Tuesday night, though I was a bit bummed to hear him (in one of the videos below) talk about Will Sheff playing an unscheduled set that he thought caused Daniel Johnston to be delayed (because Will Sheff was awesome, Will only played for 20 minutes, and because Will was always scheduled to play!) (in Anthony's defense, I don't think SXSW had the correct schedule of the show on their official SXSW schedule). Watch All six of Anthony's SXSW 2012 vlogs below...