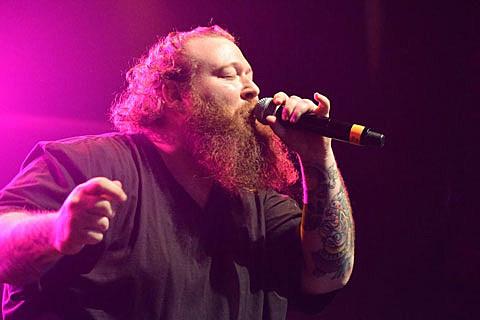 Queens rapper Action Bronson, who was in town for SXSW in March, recently announced a big tour that brings him back to Texas for these shows in May and June:

Billboard rode around Austin with Bronson while he was at SXSW. Stereogum also caught him serving lunch. At the Woodies (also part of SXSW), Chance the Rapper joined him to perform "Baby Blue". Watch video of that, and an official Action Bronson SXSW recap video, below...

Right after Austin, we caught him at one of his two giant shows at NYC's Terminal 5.