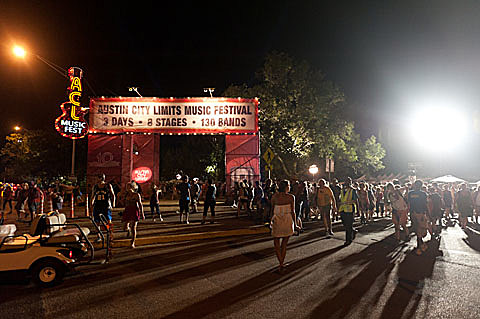 The 2012 official ACL Music Festival Late Night Shows have been announced. As many know, C3, who recently got approval to hold the fest two weeks in a row, sweetens the ACL weekend by scheduling many of the artists playing the sold out festival, in clubs around the city at night.

Highlights this year include Alabama Shakes & Lee Fields at Stubb's, The Shins at Stubbs, Metric, Polica & Half Moon Run at Emo's East, Crystal Castles & HEALTH at Emo's East, The Black Lips at Antone's, The Afghan Whigs at Antone's, Delta Spirit at the Belmont, and The Weeknd at Austin Music Hall. The full list is below.

The time has come! Now announcing the Official 2012 ACL Festival Late Night Shows! Even if you didn't get a ticket to the Festival, you can keep the party going in Downtown Austin's legendary live music venues and learn firsthand why Austin is called the Live Music Capital of the World!