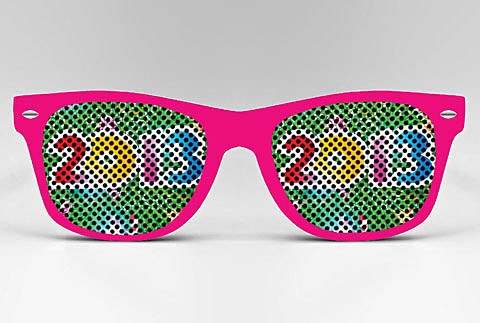 We've got less than a week to go and if you're still getting your New Year's Eve plans together, here is a number of concert options in Austin.

TX chillwaver Neon Indian returns to town, and as mentioned, is playing an outdoor show at Mohawk with Silent Diane and S U R V I V E. The show will have "New Year's Eve libations provided by your host at midnight, neon cocktails, tarot card reader, confetti cannons, toasting & more info to come!" Tickets are on sale now.

Local country legend Willie Nelson and friends are playing two nights (12/30-31) at Moody Theater with support from The Mavericks on night one and Iron & Wine on night two (aka NYE). Tickets for night 1 and night 2 are available.

Synth/psych legend Silver Apples is playing "a psychedelic new year's eve celebration in space" at The Museum of Human Achievement with some solid support from Zorch, Xander Harris, SLEEP OVER, Amphibian Lark, and Soundfounder. Tickets for that show are on sale.

Old school hardcore bands Adolescents and Youth Brigade are playing an outdoor show at Red 7 with American Heist and Lower Class Brats. Tickets for that show are on sale now.

Ringo Deathstarr are teaming up with Japanther for a NYE show at Frontier Bar with The Boxing Lesson, Megafauna, Residual Kid, and M.

A bunch of good bands will be teaming up for a show at Cheer Up Charlie's including Deep Time, Hundred Visions, Love Inks, The Sour Notes, Mirror Travel, Pompeii, The Laughing, and a DJ set by DJ S.I.R. to close out the night. The first 100 drinks will be sponsored by Tito's Vodka and there's a champagne toast at midnight. $5 at the door.

The Red Eyed Fly is hosting two shows: one outside with Mike Truth & The Replacement Killers, Gidzillah, Agave Love, and Audiolight ($5 adults/$8 minors); and a free show indoors with Kingdom, Black Ladder, and Estelline. Both shows are all ages.

Black Joe Lewis & the Honeybears are playing Emo's East with Jesse Dayton and Wild Child. Tickets for that show are on sale now.

Austin's Quiet Company will be performing at a NYE celebration on the second floor of the W Hotel, which also includes a live set by The Tontons and DJ sets by I Wanna Be Her and Bird Peterson. Tickets gain you access to the music, plus dinner, an open bar, and a midnight toast. VIP tickets incude a meet and greet with the artists, complimentary valet parking, and "premium bar offerings."

Latin funk orchestra Grupo Fantasma, who have backed GZA on tour a few times recently, are playing Beauty Ballroom with Foot Patrol. Tickets for that show are on sale now.

T Bird and the Breaks and Henry and the Invisibles are playing Stubb's BBQ (indoors). Tickets for that show are on sale.

What did we miss?

Head to Showlist Austin and Do512 for more.

In NYC or Chicago? We have guides for those too (at the links).